Why dihedral wings? This question must have been asked many times, but is not very simple to answer.

In short: dihedral means that the wings are angled upwards at its root and provide a stable flight. Providing the plane is properly balanced, the wings will always return to a straight and level flight.

Here is a typical example of a classic dihedral model aeroplane: 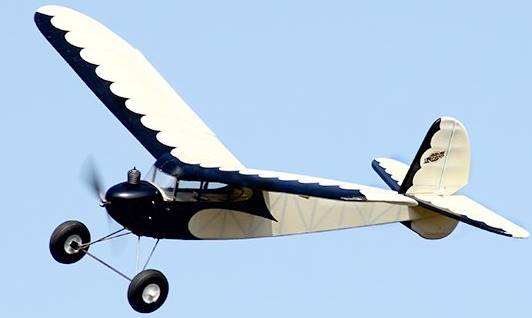 Let’s investigate the reason for the stability a little further. When we commence a turn, one wing moves downwards and the other moves upwards. As you can imagine, moving a wing up or down will create some airflow (see image below).

This airflow will either add to the wings lift of the lowering wing or subtracts form the lift of the uprising wing. Both wing panels want to immediately return to a balance. 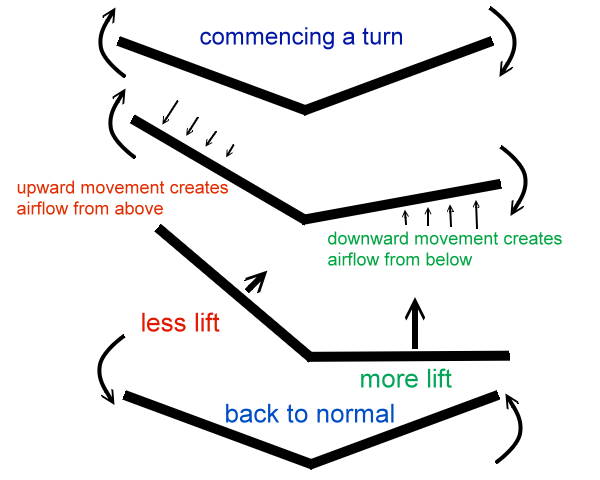 We can also explain this another way. While one wing is lowered and the other raised, the effective length of the wing is different when projected to the earth’s surface. The lowered wing is virtually longer, while the raised wing is virtually shorter. Of course, a longer wing panel produces more lift than the shorter. 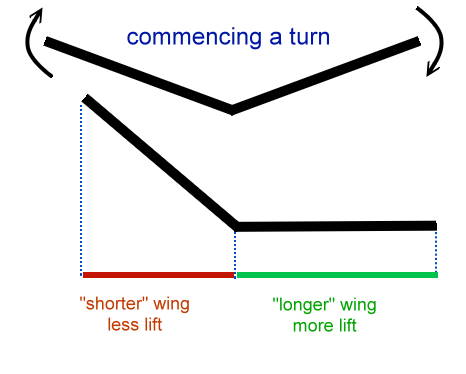 In aerobatic flying we don’t really want the wings to return to “level” by itself. You will find that aerobatic planes have either a very small dihedral or none at all.